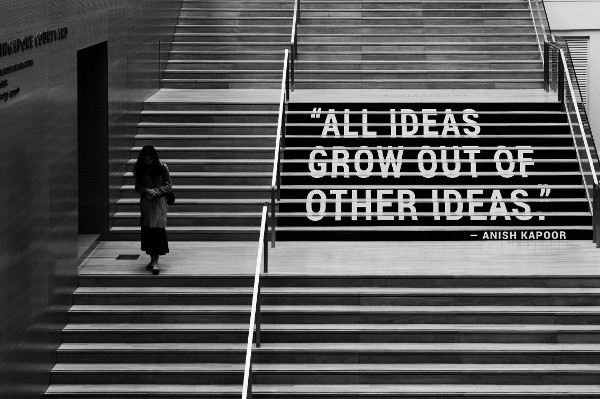 So lately, during my usual day job and usual free time, I’ve been thinking back on all the adventure story ideas I’ve had and written down. Some of them are from years ago, and I mentioned a few of them on my About page. But there are a few others that have come up this year that are really exciting to me! And it only makes sense for any writer to start with an exciting idea so that they’re motivated to see it through to the finish.

So here’s my top five ideas, counting down:

5. A Flock of Pet Birds and a Cat Team Up to Save Their Owner

I have two zebra finches and a diamond dove at home, and while I don’t have any cats, I’m still a huge cat lover. I’m also a fan of good animal movies like Homeward Bound. So one day the idea came to mind:

What if someone kidnapped me from my apartment one day? And what if my cat and finches all had the ability to escape, find me, and help the police save me?

It’s also a neat idea because it forces a natural predator and a natural prey work to together at something. And they have to do it without eating or being eaten.

This picture keeps coming to mind, too: a whole flock of zebra finches and a few diamond doves flying down a dimly-lit street at night, with a calico cat and police trailing them. A few other people stand and gawk at the scene. But the finches, cat, and cops know exactly what they’re doing, and exactly where they’re going. I can tell you one thing: the police are not chasing down escaped birds and a cat to take back to their owner.

4. People Who Feel Like They Don’t Belong on This Planet 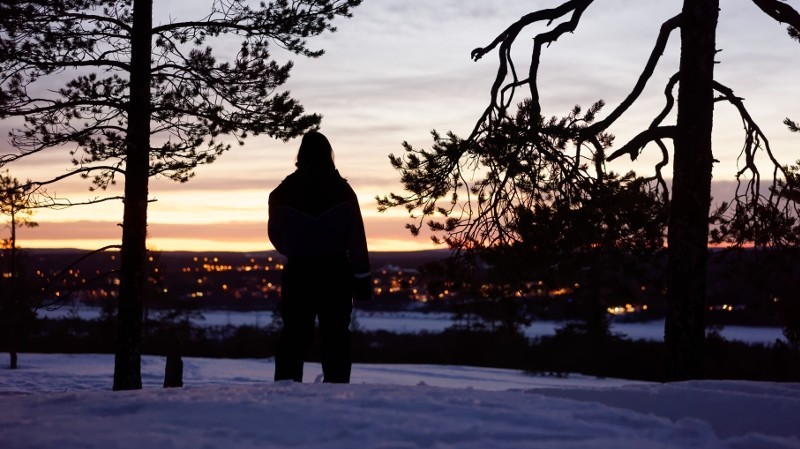 One day last month, I read this article from Learning Mind about people who don’t feel like they belong anywhere in the world. I could especially see myself in the “deep thinker” (sometimes) and “empath” parts. I know I’ve felt detached from this world, disappointed at the sheer cruelty and greed that happens on its surface, and the frivolous goals quite a few people seem to have.

And so came this idea:

What if there was someone who had one of – or even all four! – of these qualities (deep thinker, old soul, empath, and/or spiritual awakening?) And to resolve feelings of displacement and help solve society’s problems, what if that someone went around the country being a police officer or vigilante, a Peace Corps member or some other charity worker (or founder!), an activist, a life coach, or a priest? Or even became some or all of these at once?

Needless to say, there’s at least some risk that comes with each of these jobs. Vigilantes aren’t respected. Vigilantes and police officers can get injured – in worse cases to the point of being permanently handicapped – or even killed on the job. Peace Corps members and charity workers have been targeted before. Priests get targeted for different reasons, like their beliefs, teachings, or bad news related to their denomination. Being a life coach, while great, still requires you to charge for services, which may seem greedy to some people – especially our protagonist.

Our protagonist would have to contend with all these risks. And not just risks from danger, either. What if our protagonist does something wrong or makes mistakes? As a police officer, what if the protagonist – like too many officers these days, it seems – shoots an innocent person or otherwise breaks some other law? What if, at any point, the protagonist gets involved in taking advantage of people instead of helping people?

This could be a great exploration into the triumphs and challenges of an average person really trying to fix the world’s problems. 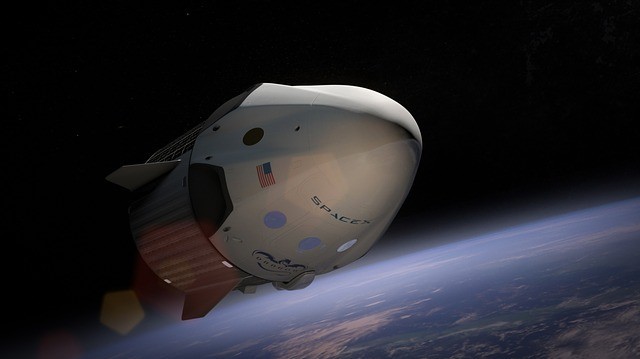 Here’s an alternate story I thought about for this scenario: Instead of actively trying to fix everything, our protagonist decides that’s too hard – but then decides to go into space and find some other planet to live in. So the protagonist goes on a crazy fitness and health improvement regimen, thinking you have to be perfectly healthy to survive in space. On the way, a few other disaffected people sympathize with our hero’s goal, and they all learn how to build a rocket. (This, I think, would require them to become total geniuses!)

Finally, when their rocket and shuttle are ready, they take off and land on a planet – which is not one of the planets we know of. At first glance, this planet and its residents seem far better than anything our protagonists have seen on Earth. But this planet comes with its own cruelty and immorality, as our heroes will find out.

That’s as much as I have, and this turned into a whole sci-fi story! But that’s okay – I’ve read some of Ursula K. LeGuin’s work and I know sci-fi and adventure go hand-in-hand.

3. In Which a World Comes to Life With Music 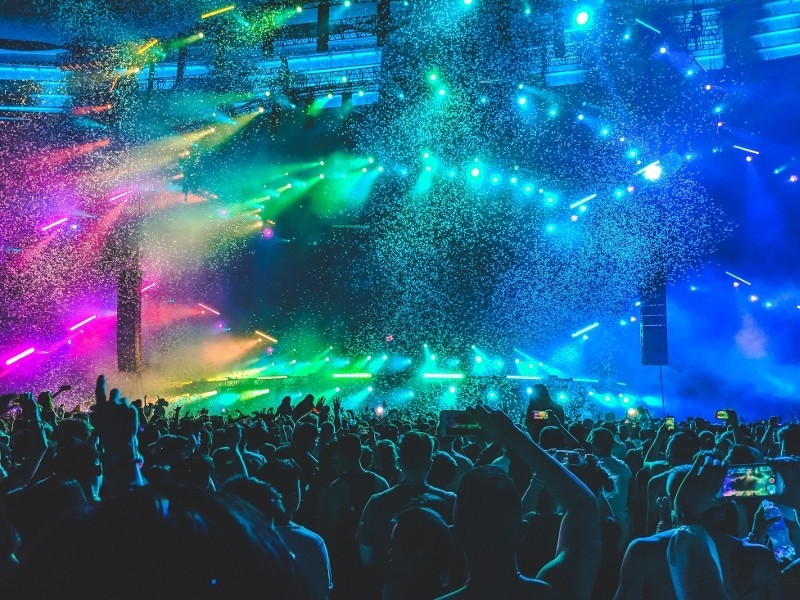 I love all kinds of music. Metal especially is great, but I also love bands like Gorillaz, the Eagles, Earth Wind and Fire, the Beatles, and many more.

This led me to imagine a world without music:

What if there was a world without music at all, where people don’t even have a concept of music? What if someone accidentally discovered music by banging on something and getting a nice beat out of it? What if that someone went around playing this beat to everyone that would listen, and everyone was intrigued by it? Finally, what if that someone got together with a few other people in town and made beats that combined into songs? Then what if they added words to accompany the songs?

To throw a few risks into this story: What if someone, like priests in town or businessmen thriving on a music-less world, felt threatened by the band’s new discovery? What if they went out on their way to crush this band and suppress music?

This was an idea from my junior high years. Originally it was just about four people that live in a beach town and decide to start a band and become a global success. But when I thought about it more recently, I thought that this plot seemed too cut-and-dried. There’s already a lot of rock band success stories in real life, so why would I produce another rock band story – although fictional? Gorillaz already exists!

So giving the story a twist like that definitely helped to make the idea sound more interesting. It’s something you can do, too, if you have a story idea that sounds too average.

2. Conspiracy Theories Take Over a Town 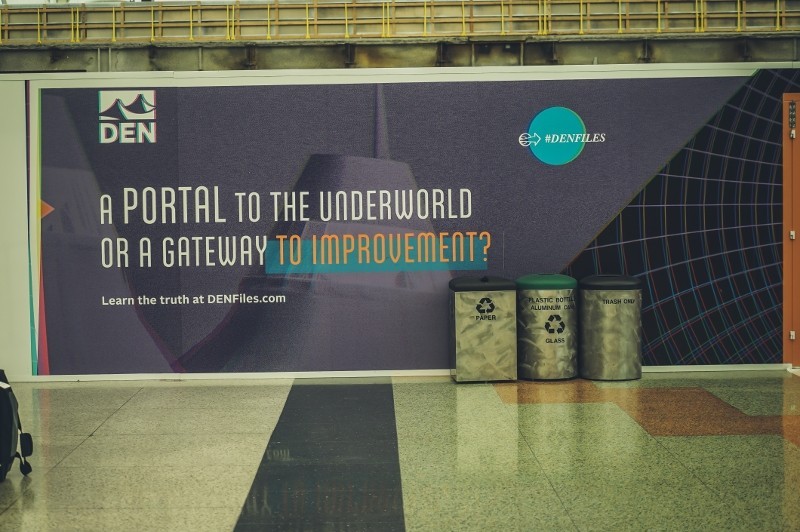 Conspiracy theories have been a part of our society for a long time. Unfortunately, most of them range from being just plain wrong to being completely crazy crackpot nonsense. Even worse, the crazy crackpot nonsense theories have inspired such violence that an FBI memo recently warned they’ve become domestic terrorism threats. A good chunk of people are brainwashing and radicalizing themselves with these theories. That for sure doesn’t help when we’re already bombarded with bad news day in, day out.

It’s such a scary development, that I thought:

What if an entire town – except for a precious few people – fell for some wild, totally false conspiracy theory about a well-loved local official? What if the few reasonable people left discovered that someone was actively pushing this conspiracy theory – either for money, fame, and/or revenge against the official? What if the way to stop the madness and save the official was to effectively expose the conman and his story?

It’s a neat idea to explore, and it should serve to teach people how bad conspiracy theories are and what happens if they go too far. 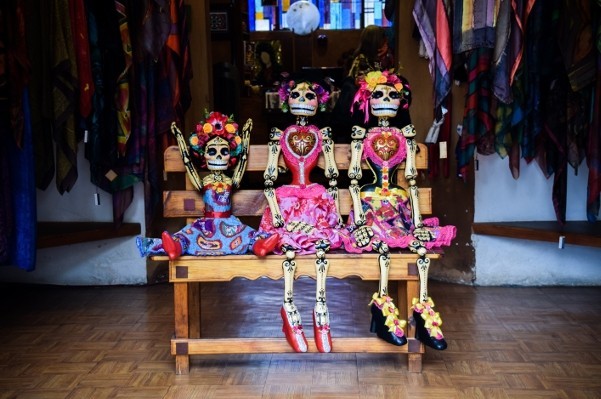 This idea, by far, has been on my mind the most lately. I grew up in a Hispanic family, and some legends definitely got passed around. I’ve definitely heard of la llorona, the weeping woman, who drowned her children in a river because her husband betrayed her. Then she changed her mind and drowned herself trying to save the kids. As the story goes, she now spends her days as a ghost searching for her kids to be able to cross over, and kidnaps wandering children.

There’s el cuco, also known as el cucuy, the Latino version of the Boogeyman. There’s also el chupacabra, a monster that’s like a vampire, but it feeds only on the blood of livestock – especially goats.

While researching Latino horror stories, though, I came across stories I never heard of before, like la luz mala and el duende. So this has a lot of potential for good adventure horror stories that involve heroes fighting against these creatures before they do more harm – or trying to, anyway. Who knows if they’ll even succeed?

So the idea I have for la llorona goes like this:

What if la llorona got desperate and started kidnapping more children – and even infants – that weren’t even wandering? What if she snatched them right out of bedrooms, hospitals, and even orphanages? What if someone – a female psychic medium, a scholarly woman studying supernatural beings, a priestess, or even a little girl from an orphanage – could sense all this happening and lead the bravest townspeople to la llorona and the kidnapped children?

And here’s my idea for el chupacabra:

What if el chupacabra killed so many livestock that an entire town is terrified to even go outside their houses? What if an American and a Latino worked together to find it – or more than one! – to stop the madness and save the town?

There’s a lot of Latino horror stories like this, and they originated from different countries. So these stories could potentially turn into a series! That’s exciting to me – having an entire series of gripping adventure horror stories. The series could follow different generations of a specific family that have to single-handedly fight these supernatural creatures.

So what do you think? Do you have some ideas of your own for your own stories? Do my ideas need some tweaks or fine-tuning? Let me know your thoughts!